Introducing Point of Pride’s Advisory Board

"Representation and inclusive language is foundational to what we are doing and we are so honored to have this incredible group of activists and advocates offering their guidance." 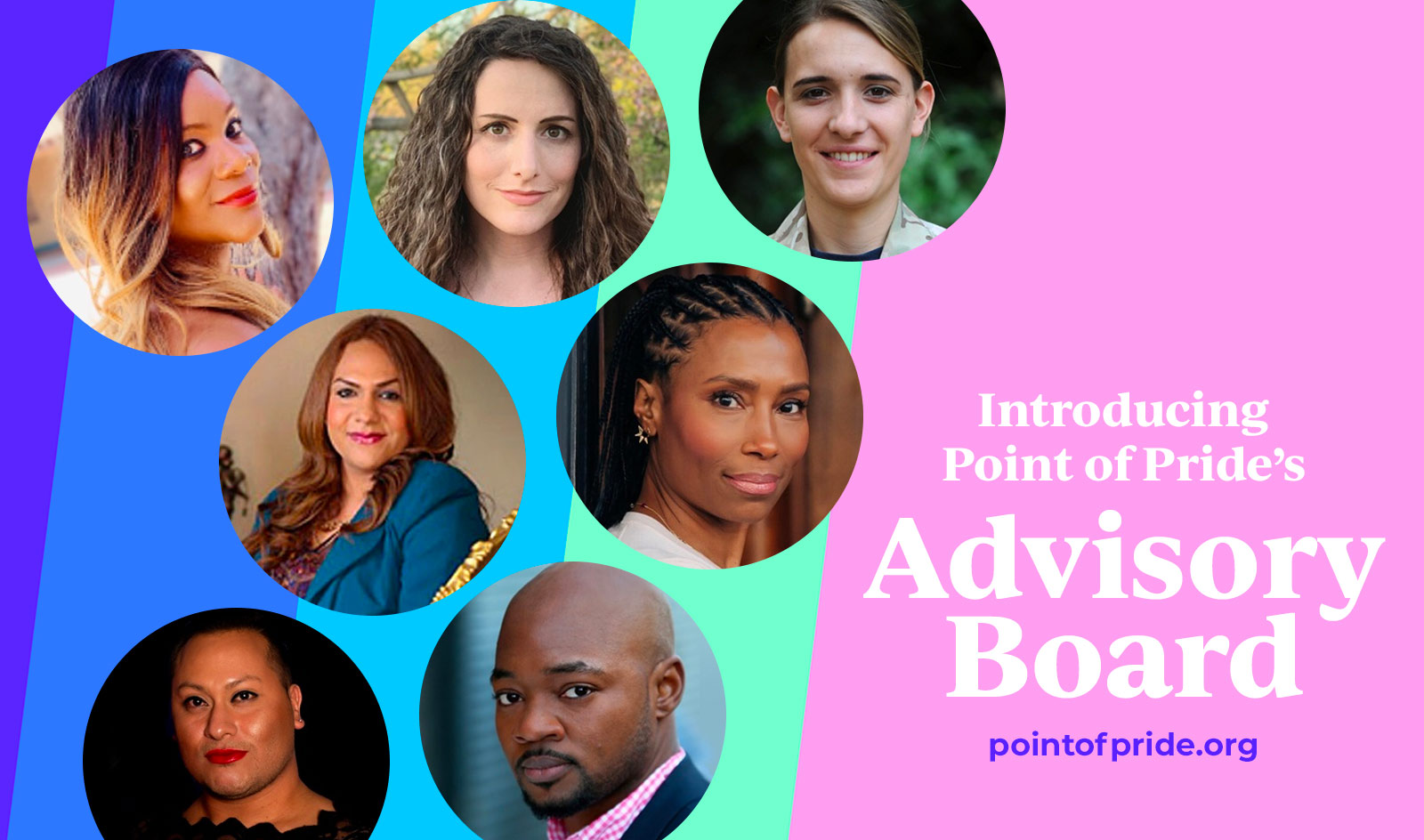 Join us in welcoming our newly-formed Advisory Board!

The Advisory Board is a volunteer group formed to give support to Point of Pride’s Board of Directors and other volunteers. They provide valuable input and guidance on Point of Pride’s programs and outreach, to ensure we are best serving our recipients’ needs and addressing the issues that matter most to our community.

Our Board of Directors writes,

“Thank you to everyone who has been on this journey with us. We are so grateful to have you here and it is our honor to support our global trans community. As we’ve grown, we’ve realized that our Board of Directors is not representative of the rich and diverse community we serve and we wanted to be intentional about engaging more perspectives on how we can better support folks.

Representation and inclusive language is foundational to what we are doing and we are so honored to have this incredible group of activists and advocates offering their guidance.

We know they will provide valuable input and guidance on Point of Pride’s programs and outreach, to ensure we are best serving our recipients’ needs and addressing the issues that matter most to our community.”

Please join us in welcoming our new Advisory Board!

Blossom C. Brown is an actress, producer and activist. She is originally from the “Birthplace of Blues” in Greenwood, Mississippi. She got her degree in Public Health Education from Mississippi University for Women where she became the first openly black trans woman to graduate. Her story got the world’s attention when she appeared in Season 1 of Caitlyn Jenner’s docuseries “I Am Cait” and for her appearance on the Ellen Show in season 13. She currently lives in Los Angeles and works at a non-profit as a Prep Retention Navigator and is currently working on her documentary, “One Life to Blossom.”

Samantha Filoso is a mother and transgender advocate from Phoenix, AZ. She has produced and hosted two seasons of Trans IRL – a live internet-based talk show – that allows leaders in the transgender community to share their stories and answer viewer questions. She has shared her transition journey in numerous media outlets including television, print, and on-line. She recently was the first transgender individual to appear on the cover of Curl Magazine. She supports local outreach through work with GSA chapters and in-person speaking events for local universities, LGBT organizations, and religious centers. She continues to share her experiences through her Instagram page, @SuddenlySamantha.

A decorated Army veteran, Hannah Graf left military service as a Captain in the British Army in 2019 to pursue a career fighting financial crime in the world of banking. She became an Army Officer in 2010 and commanded soldiers across the world including in Germany, Canada, Kenya and Afghanistan. Hannah is a transgender woman and a true advocate for equality, who used her public profile to promote a realistic portrayal of transgender individuals in the UK, becoming an inspiration to many. Her work in diversity has won her several accolades including Cosmopolitan Woman of the Year, an honorary fellowship from Cardiff University and most recently she received an MBE in the 2019 NY Honours List.

Queen Victoria believes in leadership through service. As a consultant she provides guidance an capacity through her website www.QueenVictoriaOrtega.com. She also serves as Queen of The Royal Court and she is President of FLUX, both international networks dedicated to raising the profile of trans and gender non-conforming communities. Queen Victoria Ortega leverages her intersectionality to guide organizations and systems toward transformational change that is both meaningful and effective.

Jodie Patterson is a social activist, entrepreneur, writer, and author of The Bold World: A Memoir of Family and Transformation. She has been lauded for her activist work by Hillary Clinton, The Advocate, Family Circle, Essence, Cosmopolitan, and Yahoo!, among others. She sits on the board of a number of gender/family/human rights organizations, including the Human Rights Campaign, and is a sought-after public speaker addressing a wide range of audiences about identity, gender, beauty, and entrepreneurship. Patterson was appointed by the United Nations as a Champion of Change and, perhaps most impressively, she is a former circus acrobat who performed in the Big Apple Circus. She lives in Brooklyn, New York, where she co-parents her five children with love, education, and family solidarity.

Eric Edward Schell is the Founder and President of Pride Portraits. Eric is an activist and photographer whose work has been featured in People Magazine, The Advocate, Gay Star News and other national publications. Eric has worked exclusively with the social media platform, Facebook, to promote visibility for the LGBTQIA+ community by appearing on internationally broadcast panels and making personal appearances discussing their work within the LGBTQIA+ movement.

Actor Brian Michael Smith is best known for his ground-breaking performances on television and in LGBTQ advocacy. His role as Toine Wilkins, a transgender policeman, in Ava DuVernay’s Queen Sugar (2017) on OWN launched him into a series of high-profile roles including political strategist Pierce Williams in Showtime’s The L Word: Generation Q (2019) and, most notably, firefighter Paul Strickland in FOX’s runaway ratings hit 9-1-1 Lone Star (2020). In 9-1-1 Lone Star, Smith became the first out Black trans man in a series regular role. Other appearances include NBC’s Chicago P.D., HBO’s Girls, and Showtime’s Homeland. Since Queen Sugar, Brian Michael has leveraged his visibility and platform to advocate for better trans representation in TV and film, empowering youth to create their own media and storytelling. 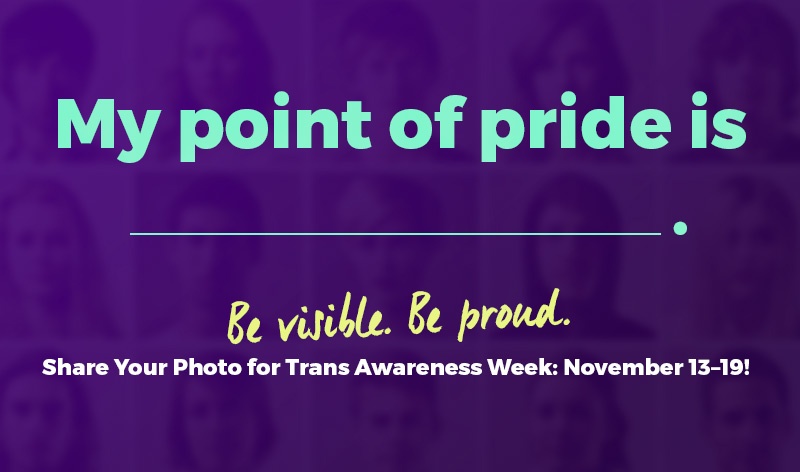 #TransAwarenessWeek: What’s your point of pride? 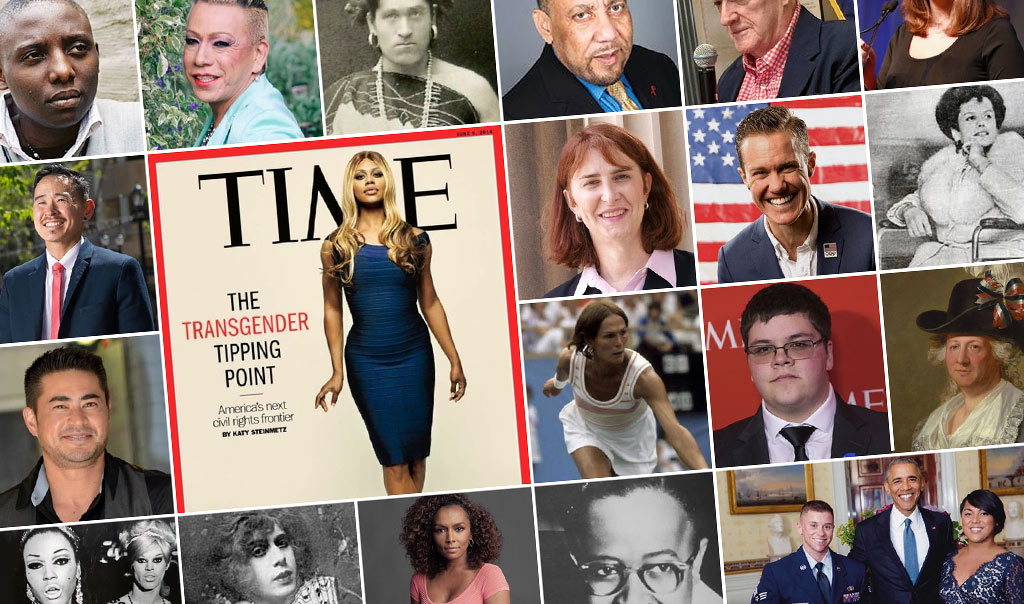 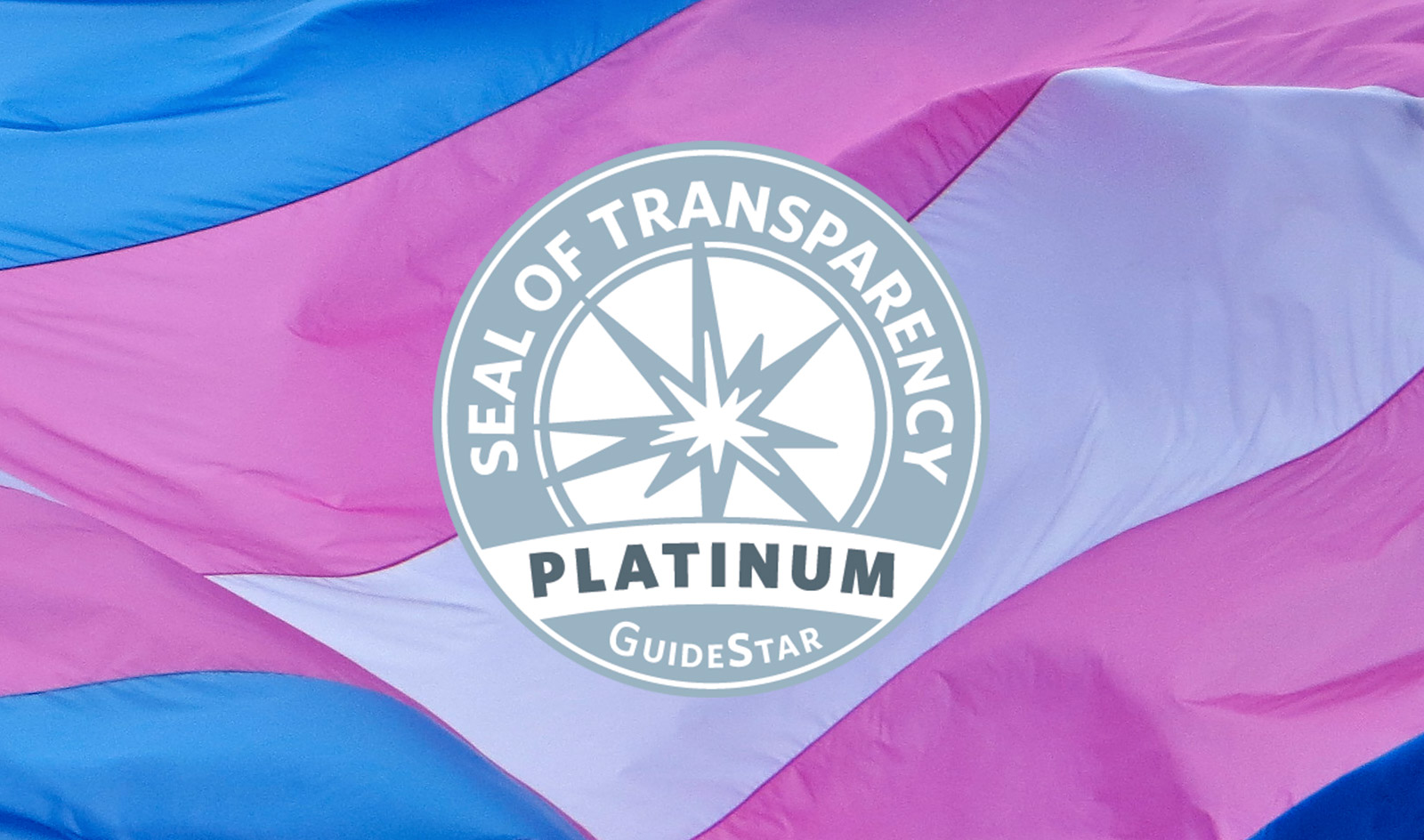