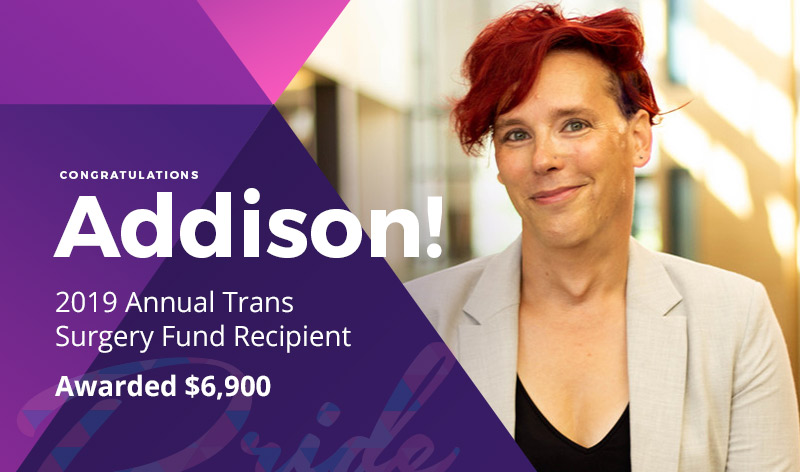 Congratulations to Addison S. from Indiana, who has been awarded $6,900 towards their gender-affirming surgery!

Addison is a 48-year-old non-binary person from Indiana seeking a tracheal shave, a gender-affirming procedure that their insurance deems “cosmetic” and therefore not covered. Whenever they have saved up enough money to afford care, life has thrown a challenge Addison’s way, including an unexpected back injury, their car breaking down, and a tree falling and damaging the roof of their house.

Addison is very involved in their local queer community by teaching diversity classes, as well as serving on the board of directors for several non-binary support organizations. Public speaking in this way, while meaningful to Addison, causes them some distress: “When speaking in public, I get nervous and self-conscious about my inordinately large Adam’s apple… The dysphoria gets so bad. If my Adam’s apple was reduced, I know I would be much more confident about my appearance and that would translate into a better performance during my speaking engagements. This would allow me to help the local LGBTQ community better.”

Addison is also a proud parent and enjoys many different hobbies, including playing the tuba, bass guitar, and double bass, participating in roller derby, filming and editing videos on gender theory. But most of all, Addison loves to teach. “I know how to create a safe and comfortable space where people can learn and I use that talent as my activism. It doesn’t pay much, obviously, but there’s nothing like the feeling of helping people understand themselves and others just a little bit better.”

Addison in their own words

Walk us through a day in your shoes: how will having this surgery directly impact your day-to-day life?

“The mirror stares at me as I get out of the shower. “Ugh.” The sigh of dysphoria. My triggers are above the shoulders—my beard, and sizeable Adam’s apple.

Walking through the library where I work, I pass my reflection. “Ugh.” Sometimes, when I work with students and faculty, I feel them eyeing my throat. I know it’s an irrational, false feeling but it disturbs how I interact with them.

Frequently, I drive from [across Indiana] where I sit on the boards of Indy Pride and GenderNexus. Indy Pride is much like other pride organizations putting on the city’s pride parade and festival. We also act as a clearinghouse for various LGBTQ groups throughout Indianapolis. As Director of Education, I organize educational events and teach.

GenderNexus supports transgender and non-binary people providing group and individual counseling, case workers for trans youth at Riley Children’s Hospital and community events. My duties are much like those for Pride but I also serve as Treasurer.

I don’t have much of a personal life. I haven’t had a date since I came out three years ago, partly because I am insecure about my looks, especially my Adam’s apple. I’m a trans lesbian. It’s hard to date a woman as a woman when you have a male sex marker projecting under your face.

It’s when teaching or during meetings that I feel the presence of my neck bulge the most. “Ugh.” I’m usually a confident person but when dysphoria hits, that confidence gets sapped affecting how well I serve the community.”

What are you most proud of in your life, and why?

“My daughter. I know all parents are supposed to say that but it’s more about our relationship than just that I have a great kid. She was 12 when I came out to her. I took her to an ice cream shop and got her the largest sundae that she wanted. Then I timidly asked her if she knows what it means to be trans. “Yeah.” “Well, I am.” “Oh,” and she went back to her ice cream. It was the best reaction I’ve received from people I’ve come out to. No questions. No clarification. Just simple acceptance.

The next year I was with her again (we’ve lived in separate states since my ex and I got divorced), and we just got a couple of gyros together. “Daddy.” I’m still Daddy even though I’ve begun transitioning. “Daddy, you know my friend Hannah that I keep talking about?” “Yeah.” “Well, she’s my girlfriend and I’m pan.” “Oh,” I said in a deliberate echo of the previous year. I was the first person that she came out to in her family. I am so proud of that. Knowing that she sees me as someone safe to have those conversations with. Knowing that she trusts me even though we don’t see each other or even talk to each other enough to suit me. Oh and also that she’s highly intelligent, talented in music, mathematics, writing, and martial arts and is a kind little soul who helps out her friends. People say she looks just like me and I always take that as a compliment since she’s also adorable.”

Addison plans to have surgery in the coming months. Stay tuned for updates! 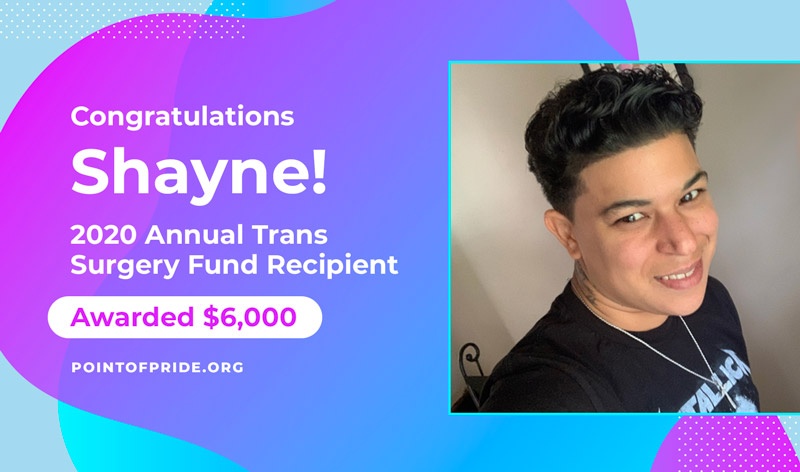 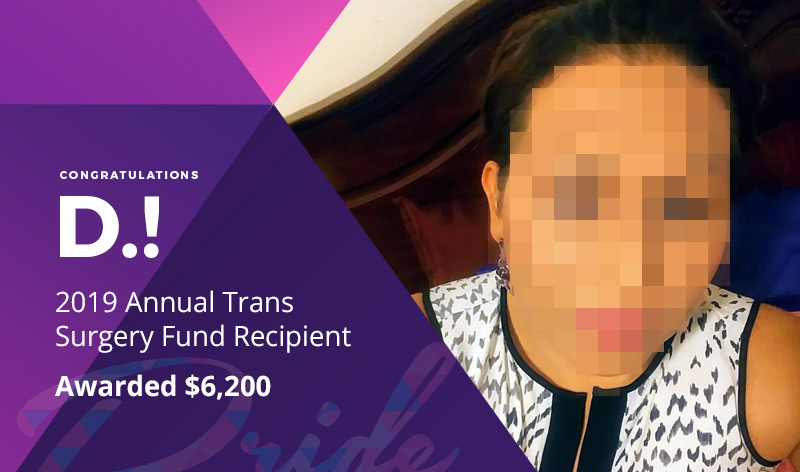 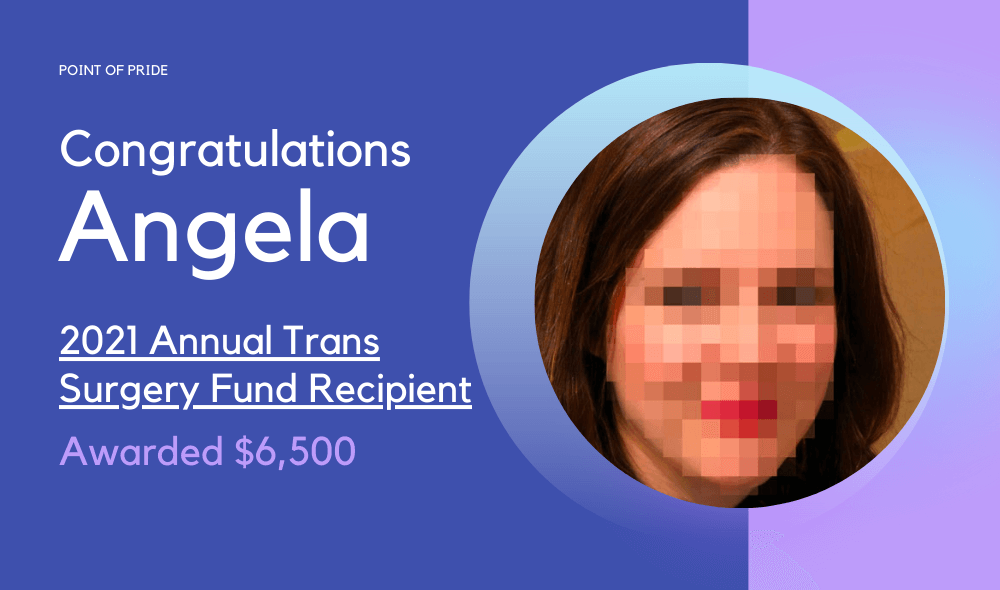