Congratulations to David R. from Puerto Rico, who has been awarded $3,500 towards his gender-affirming surgery as part of Point of Pride's Annual Transgender Surgery Fund. 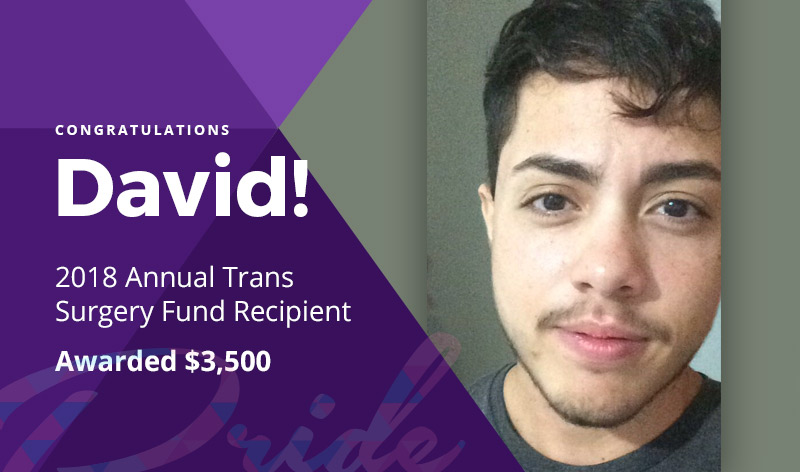 Congratulations to David R.from Puerto Rico, who has been awarded $3,500 towards his gender-affirming surgery!

David’s story, like so many others’ stories, moved us. David’s home was devastated by Hurricane Maria in October 2017 – he still has no electricity in his house. His entire surgery savings had to be used on much-needed supplies in the wake of the disaster, and he continues to provide daily for his family. But despite these hardships, David is also an optimistic and enthusiastic student with an eye on the future: he is the founder of the LGBTQ group at his college, where he is in school on a scholarship and developing a thesis studying the experience of transgender students in Puerto Rico’s schools. He hopes to continue his education in graduate school one day.

David also shared just how much receiving chest reconstruction surgery and getting the care he needs meant to him – even finding and traveling to a trans-affirming provider in his area was a struggle. He is currently dealing with pain from binding his chest, and is eager to live with less dysphoria.

David plans to have his surgery in the coming months. Stay tuned for updates!

David in His Own Words

Finalist Essay: 2017 was an impactful year for the transgender community, with increased visibility for trans issues and topics – health care, bathrooms, and the military, to name a few. How did 2017 affect your own personal journey as a trans person?

“Recently, the government took back the few steps they took forward regarding the trans community. When policy isn’t accompanied by education, ‘progress’ can twist and turn for the worst. Although I have done my part by educating through initiatives or research, I know there is so much left to do.

This year I went through a lot of institutionalized discrimination and began living stealth. 2017 brought back feelings I thought I had left in the past. It came back with anxiety and fear.

Additionally, P.R. was devastated by hurricane Maria on September. I needed access to specific pharmacies and my doctor, but everything was chaotic for quite a while. Luckily, a friend of mine took me to his clinic. My friend left for the states. There are so few Puerto Rican trans men I have access to, and so many have left because of this.

I still don’t have access to electricity so I have been couch surfing in order to do my academic duties. This is a little uncomfortable, because I have a lot of personal stuff in my bags and I can’t be as comfortable as I could be (i.e., wearing my binders for too many hours), regardless of how close I am with the people helping.

Even though my family is poor and we’ve lost stuff, we were denied help and told to apply for a loan. I had been saving up money for surgery. However, I had to spend most of my savings on emergencies related to the aftermath. I am afraid to lose my scheduled surgery, I had to maintain a 4.0 GPA in order to have a scholarship and be able to save up.

Sometimes it just feels like I am trying to climb a steep mountain, with rocks in my backpack: one for poverty, one for inaccessibility, and one for trans experience. But, I recognize that it is not all bad, I have a support system that although can’t carry the weight for me, they cheer me on and sometimes help me get back up.

I still have faith things will start to look up. Simply today, just by receiving this email… I am thankful that at least someone said ‘hey, I see you.'” 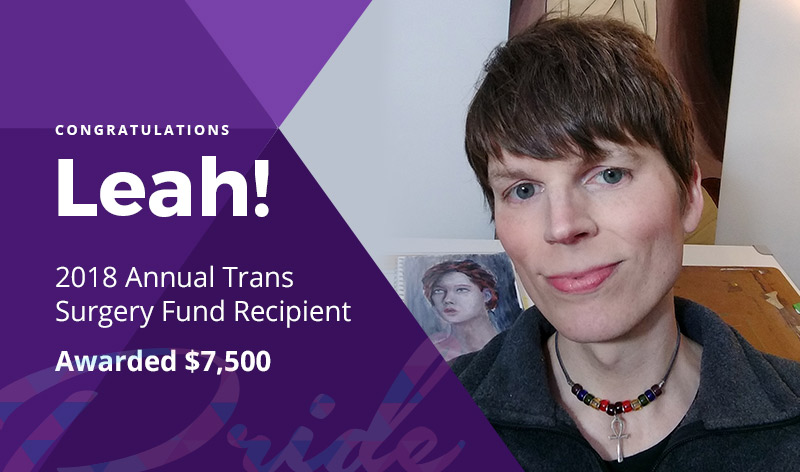