Note: Before Point of Pride was founded in November 2016, our Annual Trans Surgery Fund was part of Point 5cc.… 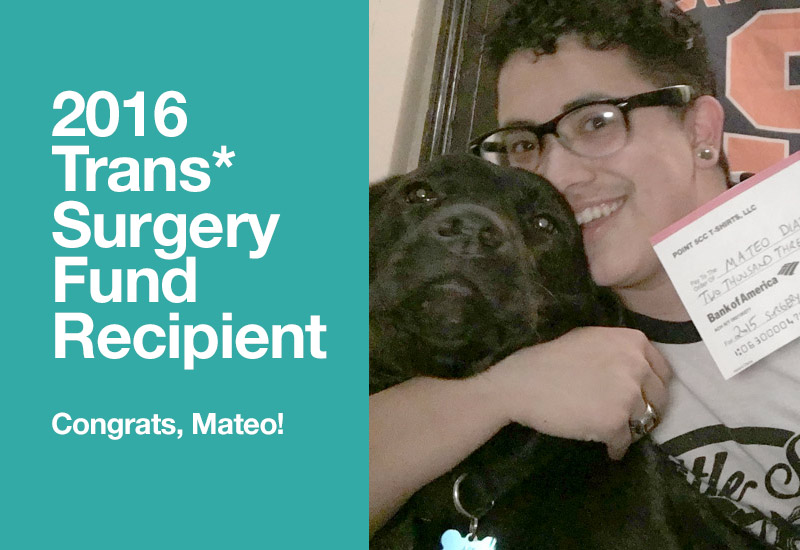 Note: Before Point of Pride was founded in November 2016, our Annual Trans Surgery Fund was part of Point 5cc. This article was originally published via Point 5cc.

Recipient Mateo D. from California has received $2,300 towards his upcoming surgery!

Mateo was one of 637 applicants and 5 finalists to the 2016 Annual Trans Surgery Fund. He is currently a very active student and leader on campus at Syracuse University as the Vice President of La L.U.C.H.A., a Latino community organization that works closely with La Casita cultural center in Syracuse. He also works at the LGBT center on campus, a student ambassador, and mentor to others. Mateo will graduate in May with a Sports Management degree and LGBT Studies minor. We were moved by Mateo’s commitment and involvement with community initiatives given that he has no family support and works several part-time jobs to save for surgery and put himself through school.

Please tell us about your personal journey to your current gender expression.

“Getting to understand my current gender identity has been a struggle. I grew up in a traditional conservative Latin family which was not the most supportive household when it came to self exploration. When I was two years old my parents became Christian pastors. I grew up in an environment where being anything but a cisgender heterosexual person was a sin. One of my most profound childhood memories is of my father driving us to one of the gay neighborhoods in San Francisco. He would roll the window down and pick out people he assumed to be same sex couples and tell us we would go to hell if we were like them. For most of my life I tried to fit into my parents’ idea of what I should be. It was not until I went to a middle college high school that I met two people that contributed significantly to the exploration of my gender identity.

The strongest urge I had growing up was to escape from my parents. The only way that I ever saw that happening was through my education. A middle college high school is a high school where students attend both community college and high school at the same time. I sacrificed my teenage high school experience in order to reach my freedom. I saw attending a middle college high school as killing two birds with one stone. I would escape my parents while pursuing an education and a better future for myself. This school was tiny. It consisted of approximately 400 students and 86 of those students were in my graduating class. Only six graduated with an associate of arts degree; I was one of those six.

Senior year of high school was when I came to the self realization that I was different. This is when I came out as bisexual. With the fear of my parents, I knew that I had to stay in the closet. Otherwise, my after school days would consist of church and conversion therapy; something that I feared. Ms. Case, a teacher of mine, advised me to stay as deep in the closet as possible, for my own personal safety. Ms. Case as well as Mr. Romo, my high school counselor, played such a significant role in my coming out process and I am not sure that they even know that to this day. She was a lesbian identified female whose marriage ended in divorce when her partner came out as transgender and Mr. Romo is a proud gay Latino man. I realize now that one of the biggest reason I grew so fond of him was because in a way I wanted to be him. He and I would joke all the time that I was a gay man trapped in a woman’s body. Although I was only out for about a year, Ms. Case and Mr. Romo took me under their wings practically as soon as I stepped foot onto campus. From the lows of fearing for my life while I lived with my parents to the highs of my first relationship they were there every step of the way. These two people truly helped shape my view of queerness and the embodiment of what it means to live your life truthfully. The first time I heard of the word transgender was when Ms. Case told me about her marriage. Transgender; the gender identity or expression that differs from that which corresponds with a person’s sex at birth. This word, this person, this idea; even if I did not know it at the time, would change my life forever.

It was not until college that I knew that word, transgender, was even in the realm of possibility for me. As I slowly slipped and squeezed my way out of the closet, navigating the endless confusion that is gender and sexual orientation, I met Chase. Chase was the director of the LGBT Resource Center here on campus and I was drawn to him not only for his knowledge but his understanding of himself, his masculinity, and his identity as a trans man. He became more than a mentor to me, but a father figure. He along with the Resource Center gave me a place to explore, understand and learn so much more than I even knew existed. I knew that gender was not limited, sexual orientation was not a choice and that who I am is not a mistake.

Coming into my own understanding of my gender identity was one of the most rewarding yet difficult experiences I have ever faced. I lost so much, yet I gained so much more. I gave up those female childhood dreams my family had for me and gained a masculinity I am so proud of. I gained the fear of learning what it meant to be a man and the excitement of doing so. I learned that blood is not family, and family is not blood. It was the most terrifying yet the most beautiful thing that I am still learning day to day. I do not think that my story really ends here. I do not think this is the end of who I am. Just as gender is infinite, so is the discovery of self; and this surgery is just the next step in my journey.”

2015 has been an impactful year for the transgender community. Please tell us how 2015 has impacted you being a trans person.

“2015: the year that will forever be labeled as the transgender tipping point. Laverne Cox, Caitlyn Jenner, Jazz Jennings, Bamby Salcedo, Laith Ashley De La Cruz: Transgender was everywhere; but what did it do for me? It made my life “more important” to the media, more questionable to my acquaintances, and more difficult to explain. Although the media brought who I am to light, it made me learn to be an educator and a teacher to all those around me. It is also the year that made me beyond grateful to still be here. There were days that I saw no purpose in my own existence; I was ready to give up. I almost lost my education, my friends and myself.

The year 2015 really put transgender people on the map, maybe not in the best way, yet here we are. The thing the media does not talk about is the record breaking number of transgender people that were murdered this year. People think because the mainstream media has latched onto the idea of Caitlyn Jenner means that this is a safer world for Transgender individuals which is so far from the case. More times than not am I am the educator to those around me about the fact that my genitalia does not describe my gender, which does not describe my sexual orientation. I am so grateful that this is a dialogue that I can have, however it does not make me feel safer in the world at large. The media glorifies Transgender people of privilege that sheds a harmful light on those of us that are not “of privilege.” It creates a certain idea in the world of what it means to be Trans, and everyone’s stories are different.

I would be remiss to not acknowledge what the media has done for our cause. A transgender woman was the face of vanity fair. She was the face of femininity and beauty. She was what connected generations to the idea that being trans was a real thing. However, this year was much more to me than just what was surrounding me. This was the year that I finally decided to be my authentic self.

On February 2, 2015 I sent out this text message after a long conversation with Poppa Chase.

For the past couple of years I had been struggling with my gender identity and I finally came to terms with the fact that I could no longer live wanting to please my parents yet I had to learn how to please myself. I sent this text message to only a handful of people and a few weeks later I attended the Creating Change conference in Denver, Colorado. It was there when I truly came to terms with who I am. For the first three days I introduced myself as Angela without using any pronouns. It just did not feel right. It was not me. It was not until I met a transgender individual who told me that I did not have to know who I was in order to be who I am. I was confused. Beyond confused actually, yet I thought about that a lot and it made me realize that I truly do not need all of the answers right now. My life is a journey and I can not rush it. The last few days of the conference I began introducing myself as Mateo and using he/him/his pronouns. It was one of the most freeing experience sI have had.

On April 13, 2015 I began my hormone replacement therapy. Everything was falling into place quickly and very nicely. I had little to no backlash here in Syracuse. California was a different story. My parents would constantly harass me by telling me the most disgusting things ever. They went as low as to say that if my grandmother ever found out about my transition that I would be the reason why she died. My grandmother was the most important person in my life. She passed away September 16, 2015. After the funeral my mother still used my grandmother as a way of trying to guilt me into living the life they want me to live.

Mateo’s surgery is scheduled for March 15, 2016. Join us in congratulating him and wishing him luck! 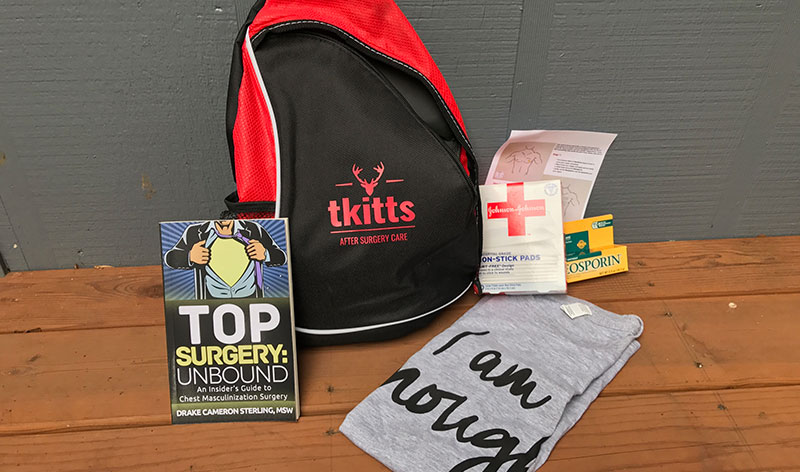 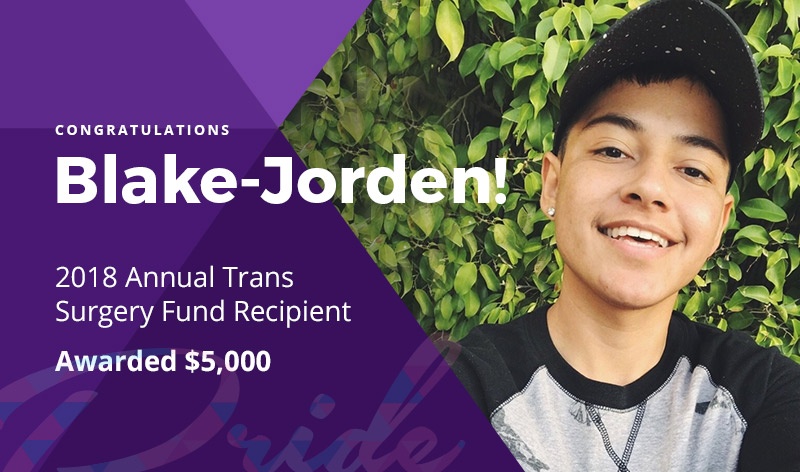 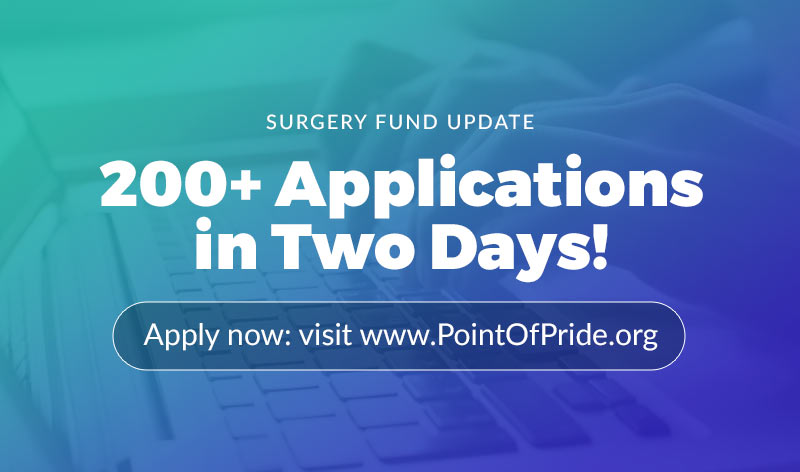